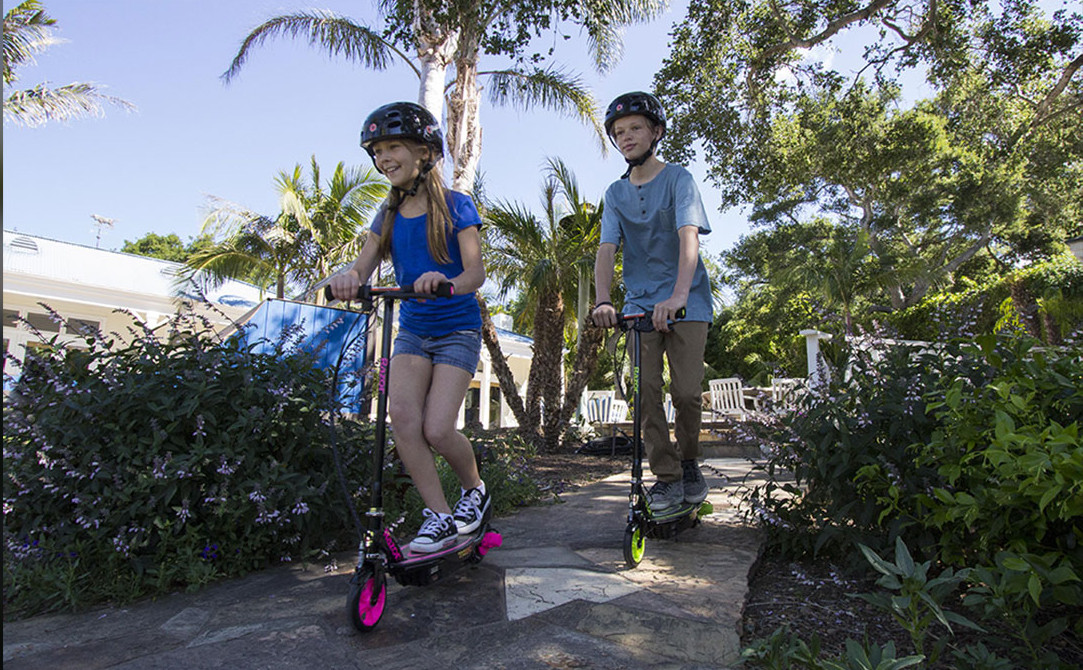 The Razor Electric Scooters are a great choice . But there are several models, and sometimes is not so easy to know which is the best one for you or your loved one. Fear not, as we are going to compare all the Razor scooters, so you can make an informed choice and select the one you really want.

If you don't have time now to go into a full read of this Razor scooters comparison and you are actually looking to jump directly into your purchase decision, you can click here to visit Amazon.com, where you will find most of these scooters with awesome deals and prices.

What Razor Electric Scooters are we comparing?

What features are we comparing?

At Gear Priest we think that product comparison articles should be centered around the features or categories of features, and explaining the differences or similarities between the products. Exactly that is what we will be doing in this article.

Over the past months we've been researching a lot about electric scooters and found that most of the comparison articles are actually long posts describing briefly each model in turn. Although we appreciate the review of each model, we think that the specific product reviews articles are better suited and perform a better job for this. If you are looking for detailed product reviews for any of these models, please visit this section and click the link to your preferred model.

We will compare the Razor electric scooters in these areas:

On each of these categories an features we are displaying a comparative chart. This is the core of the comparison article and the easiest way to see the differences between each model. We complement that chart with some additional notes on each category.

All Razor Electric Scooters have a maximum allowed rider weight that you must pay close attention to. This is a strict rule you must follow in order to keep your scooter from malfunctioning.  As you can see from the previous chart, there are models specially targeted for children and teens (or maybe not so heavy adults), while others will easily allow older teens and adults to ride, provided they are not highly overweight.

The top tier limits you at 220 lbs. or 100 Kg., which can easily be reached by a heavy or big adult even without being overweight. So keep an eye on that limit if you are a bodybuilder or a basketball player 😉 .

The age limit is just a guideline that Razor adds to all of its products as a suggestion. It's there to help you understand, that the company deems the model appropriate to be used, on average, for children or teens starting at the specified age. In general terms, the maturity, physical strength, agility and body control required to properly ride these models are, on average, obtained at the specified ages. Be your own judge, you might happen to have a kid that is better adapted at younger ages. Use common sense and monitor the first few rides to evaluate how they manage the scooter.

In terms of speed, we have models that can reach a maximum speed of 9-10 Mph and at the top of the scale we have 15 Mph and 18 Mph on the EcoSmart. As a general rule, the lower speeds limits are on the electric scooters targeted at kids. For models targeted at teens the speed limit increases, reaching the top speeds on those for older teens and adults. On the higher end, 15 and 18 Mph can be a pretty fast ride when you are on top of a scooter with the wind hitting your face.

Most of the models targeted at teens or adults have an average riding time of 40 minutes under normal conditions. On the Core models and a few others, Razor introduced improvements in it's hub motor technology to allow for longer rides. This is done on the models that are targeting younger teens and children... maybe to keep them entertained for longer periods 🙂 ?

CLICK HERE to get awesome DEALS on Amazon.com on these scooters and cool accessories!

All of the compared Razor electric scooters have sealed lead acid batteries, and obviously they are rechargeable. The main difference between models comes from the voltage of the system. On the smaller models targeted at kids, the battery system consists of only one 12V battery. The next level, for teens and lighter adults, they have a 24V system made by two 12V batteries. At the end of the spectrum we have the EcoSmart, with 3 12V batteries to from the highest system yielding 36V.

Regarding the motors, almost all of them are high torque chain driven motors. Again, the differences mainly appear on the size and targeted rider age. On smaller models targeted at children, the motors are kick-started, which means the user will need to give it a little help and push to make the motor to kick in and start pushing. Only a 2 Mph or so initial kick is required.

Another difference in some of the smaller models is that they had a push button to accelerate, whereas the bigger models all us a twist grip throttle acceleration.

In relation to the tires, there are several variations. Smaller models start with airless urethane and TPU wheels. These are for kids riding in smooth paved surfaces, and not so much to jump into the grass or bumpy paths. Any surface other than smooth ones will make the ride really shaky as the tires won't mitigate much of the irregularities of the terrain.

For the bigger models the front tire changes to an 8" pneumatic wheel, with a urethane rear  wheel. This is really better for sudden bumps or grass incursions.

At the end of the scale we have full pneumatic tires in the front and rear.  Also these models have 10" wheels, and the EcoSmart a huge size compared too it's "cousins", with 16" wheels.

Talking now about the brakes, all of the models have hand operated brakes, except for one model on the smaller spectrum, the E90 that has a rear foot brake.

There's not that much to add in terms of dimensions and weight to what the chart already showed you. It's clear from that information that Razor has electric scooter models from small and lightweight, all the way through up to more robust, bigger and heavier ones. As we were mentioning in the previous sections, the smaller and lighter ones are targeted at children, while the bigger ones are meant to be used by teens and adults.

Regarding the frame and deck, all the Razor Electric Scooters are manufactured with steel frames and forks, which make them really sturdy and durable. Also the deck is made from steel in all models, except for the biggest of the family, the EcoSmart. This scooter has a cool bamboo deck, that in my opinion looks great.

If you made it to the end of the article, congratulations! As you might already know, Razor offers  a great variety of models to choose from, aimed at the young ones and also the adults, not forgetting the teens in between them.

At Gear Priest we have researched several of these models and wrote product reviews about them. A constant of this brand is the very good reviews the owners give to these scooters. We researched in every case the Amazon reviews and ratings, and they average almost 90% of positive reviews among thousands of ratings, which is pretty good.

I hope this article has helped you in clearing some doubts and provided you with a general picture of all your options. Have you made a choice yet?

Top 10 Reasons Why Electric Scooters Are The Best Urban Transport

Software Engineer, husband, father, and avid enthusiast of outdoor activities! Total fan of great quality and functional gear, spends part of his free time researching and compiling loads of information in the form of guides, product recommendations and reviews.

If you want to receive an email notification when we publish a new article, please subscribe using the form below: